Township Information you need to know

Chippewa Township is a civil township of Isabella County in the U.S. state of Michigan.

As of the 2020 census, the township population was 4,446.
Communities There are no incorporated municipalities within the township.

The village of Shepherd is nearby to the south, and the Shepherd post office, with ZIP code 48883, serves the southern portion of Chippewa Township. The remaining portion of the township lies within the Shepherd Public School District. 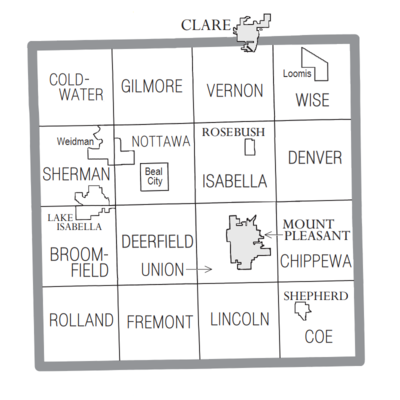